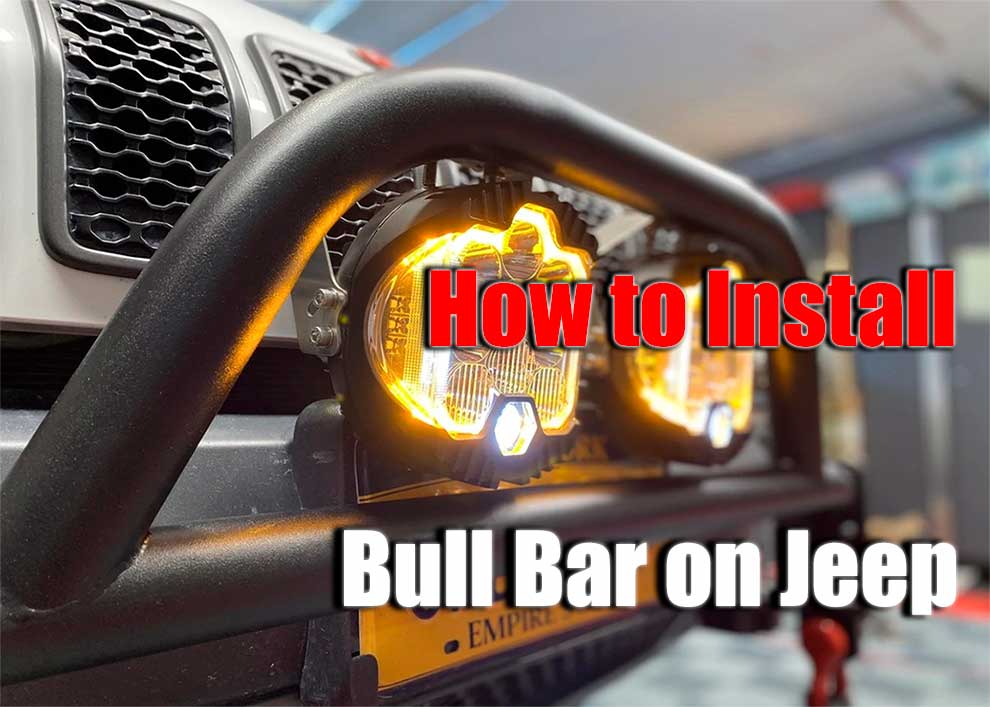 What is a bull bar? A bull bar is a protective device that attaches to the front of your Jeep’s bumper. They are typically made from tubular steel, but can also be made of aluminum or other materials. A bull bar protects the front of your Jeep from oncoming traffic and other objects that can harm it. It also improves the aesthetics of your vehicle by giving it a tougher look.

If you are looking for a way to increase the safety of your Jeep (especially if it is off-road), installing bull bars may be right for you. They are relatively simple and inexpensive modifications that can add an extra layer of protection in case something happens. You will need basic tools, about two hours time, and some patience as well!

Special Note: Do not install bull bar if you have air bag suspension in your Jeep, as it can be dangerous. You should consult with an expert before installation.