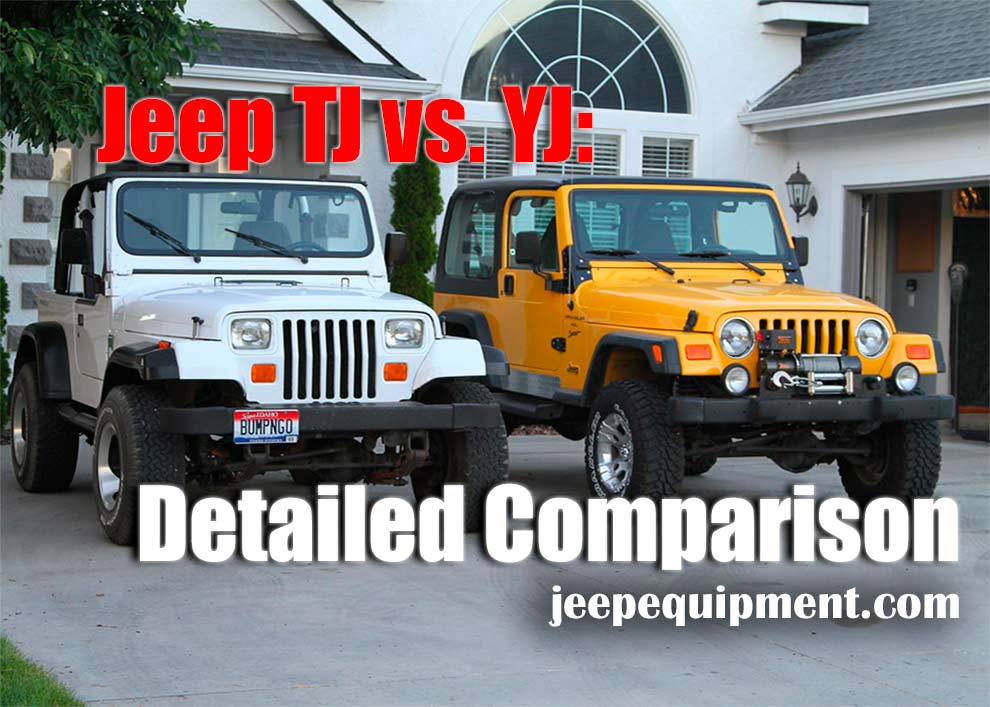 So, you’re thinking about buying a mean old Jeep to conquer the wilderness. Without a doubt, the Wrangler is one of the finest series to ever hit the dealerships. But which four-wheeled horse should you go with? Will the YJ be a better investment than the TJ? Or maybe it’s the other way around? What’s the difference between TJ and YJ? Now, in many ways, these two fan-favored Jeeps are the same.

They’re both SUVs, specifically designed for challenging terrain. However, despite the obvious similarities, they are still quite different, and that’s exactly what we’ll focus on today. First, we’ll see what the YJ is all about and discuss its pros and cons. Next, we’ll jump to the TJ, check it out, and come up with a verdict. Alright, let’s get to it!

The YJ – the First-Ever Wrangler 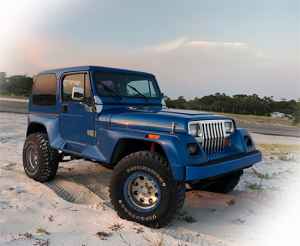 Introduced back in 1986, the YJ is the first generation of the now-legendary Wrangler. It ran all the way up to 1995. As a small 4WD SUV, it quickly became popular among the fans of off-roading. Now, it was heavily based on the CJ-7 – another great offering by Jeep. But, it was more comfortable, easier to drive, and, overall, a better vehicle. It had the same leaf-spring suspension, though.

That means while the overall ride quality was significantly improved, it wasn’t actually that great. In contrast, the TJ boasts a more advanced coil suspension (we’ll talk about that in a moment). So, what’s the biggest appeal of the YJ? Why should you consider it? Well, it’s pretty cheap – that’s the big pro. You can get it for 4-5K US dollars. A lifted YJ will cost you 6-7K, which is still an excellent deal.

This makes it possible to buy the Jeep for a (relatively) low price and invest more in customization. I’m talking about getting a bigger set of tires, an advanced suspension system, or even a stronger engine. Sadly, since this is a rather old model, it might be a bit hard to find the right gear/parts for it. On the bright side, this SUV has one of the most distinctive headlight designs. Instead of the traditional Wrangler headlights, it’s got a set of square units.

Some drivers don’t like this feature, while others find it to be a pro. Compared to the TJ, the grille is a bit bent, but the slots are taller. The turn signal lights, in turn, sit right below the headlights – an unusual design for the Wrangler. Finally, the wipers are located on the actual windshield, not the hood. 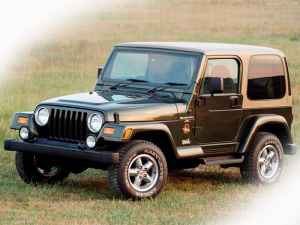 Alright, let’s move on to the second part of the Wrangler YJ vs. TJ comparison. The TJ entered the market in 1996 and lasted for a full decade (until 2006). Essentially, the TJ took off after the YJ as the second generation of the Wrangler. As I briefly mentioned earlier, the most significant difference between the 1-st and the 2-nd gens is the suspension.

With TJ, Jeep introduced the coil-spring suspension to the Wrangler. It first debuted with the Grand Cherokee and had proven to be smooth, comfy, and very easy to control. Another difference is the powertrain, or, rather, the available options. Just like the YJ, the TJ can be equipped with an entry-level 2.5-lit engine or an optional 4.0-lit unit. But, the 4.0-lit is more powerful; plus, it can be paired to more advanced transmissions.

On the inside, the TJ is more “civilized” than its predecessor, but not by a landslide. It’s just a bit more comfortable – that’s it. Next, Jeep added the Rubicon trim, specifically crafted for the off-road. Thanks to the 44 axles, a strong 4WD system, mighty rocker guards, and a set of larger-than-life tires, it’s one hell of a ride. So, if you’re got the cash, it might be your best bet.

Speaking of that, a used Wrangler TJ can be yours for 8K bucks, with customized (lifted) models being available for 10-12K. Yes, compared to the YJ, the TJ is quite expensive. But let’s not forget that since it’s 10 years “younger”, it will be in much better condition than the first-gen Wrangler. Cheap maintenance, excellent performance, and great looks will all be a part of the picture.

And there you have it – my detailed Jeep TJ vs. YJ guide. We talked about the powertrain, suspension, handling, pricing, and more. Summing up, the TJ is definitely superior to the YJ, but only if you’ve got some extra bucks to spare. The TJ is more powerful and puts out more HP and torque. On top of that, it feels much better and controlled on rough terrain.

On the other hand, folks on a tight budget that still want to get their hands on a Jeep will appreciate how affordable the first-gen Wrangler is. The YJ is one of those “oldies but goodies” that appeal to a wide range of drivers. It won’t be very fun to drive, however; plus, since it’s an “ancient” SUV, you might have some trouble finding the right replacement parts for it.