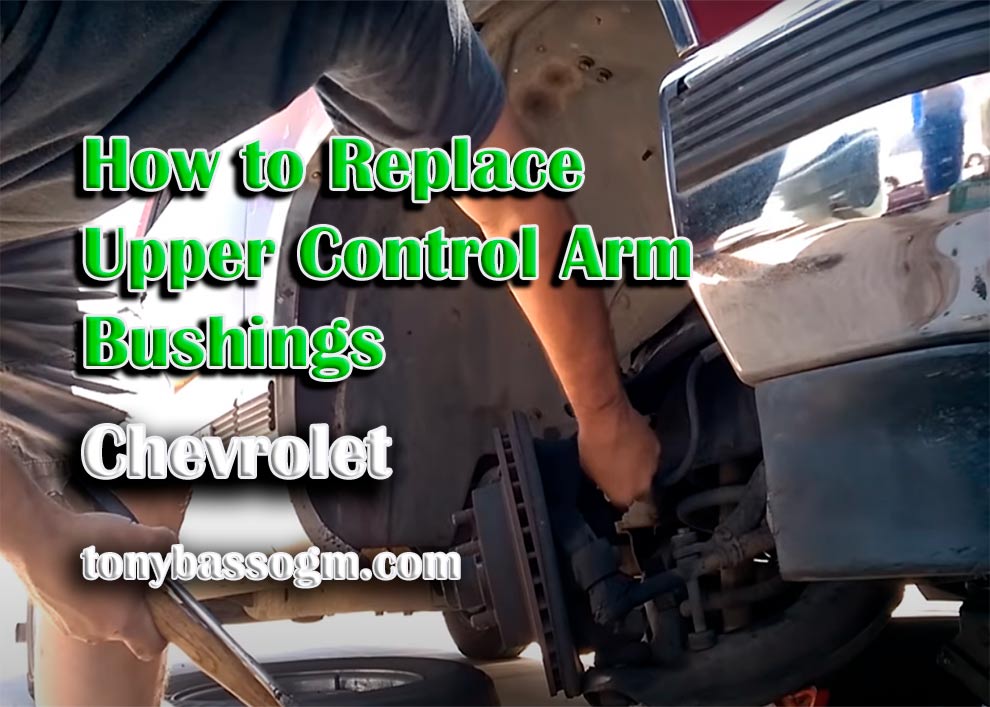 The control arms are one of the most important components of the suspension system. They keep the vehicle steady, stable and make the driver feel in control over the road. The bushings, in turn, smooth out the ride quality, improve steering and protect the control arms from metal-to-metal friction. Sadly, over time, the bushings tend to wear out – most notably, in older cars.

Plus, if you’re driving on “unforgiving” terrain like a dusty desert, a muddy forest, or a slushy road, you need to constantly check on the bushings. Chances are you’re driving with a faulty set without knowing that. So, that’s why in this simple, down-to-Earth guide, we’ll learn how to replace upper control arm bushings on the Chevrolet S10. It’s a relatively older truck, but still popular on the US streets.

Does a bad bushing really mean trouble? Do you need to look for a replacement ASAP, or maybe it’s not that big of a deal? It is, actually. Take a quick look at the most common signs/side effects: 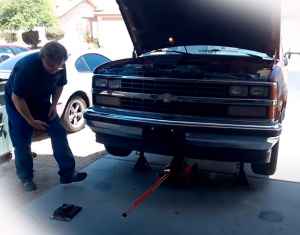 Do you know where the control arms are located? That’s right: since they’re an integral part of the suspension, you can find them underneath the vehicle. It will be pretty hard to access the bushings and to replace them unless you lift the Chevy, however. So, the first thing to do would be to get a jack with a couple of jack stands. Position the jack underneath the car. Remember: the upper control arms are located in the front of the car (right next to the front wheels).

Place the jack accordingly. Once the S10 is at a comfortable height for climbing under it, support it with a set of jacks. Now, the controls arms are essentially a link that runs from the framework to the wheels (or, rather, the wheels assembly); that’s why we need to take off both front wheels to access the bushings. The best tool for removing the lug nuts is a wheel wrench. These are available for 10-15 US dollars, or even cheaper.

As mentioned earlier, the control arms aren’t only connected to the wheels. To “free” them, you’ll need to disconnect the brake hose as well. It has one job: to direct the hydraulic pressure to the brake calipers. Simply unbolt the brake hose using a regular-sized socket wrench. Can you see a cotter pin around the control arm? Use pliers to remove it; or, if you’ve got a spare one, just cut the factory pin.

Now that you have easy access to the “heart” of the arm, use that same wrench to handle the ball stud nut. Just loosen it a bit, don’t go crazy on this one. Alright, with that done, move on to the ball joint that’s connecting the control arm to the steering knuckle. Without a ball joint (or with a damaged one), you won’t be able to control the vehicle properly. A simple screwdriver can help unscrew it easily.

The last part of the suspension system that’s still connected to the control arm at this stage is the set of frame brackets. Take off the nuts + bolts using the trusty socket wrench, and that’s it! All that’s left to do is remove another set of bolts, this time the ones securing the old bushing.

If you’ve been driving around with the factory suspension system for a while now, I bet both the bushing and the nuts/bolts are pretty rusty and worn-out. Well, that means the bushing won’t come off without a fight. Grab the screwdriver and slowly, but steadily push it off the control arm. Be careful not to damage the arm or any other part of the suspension system! 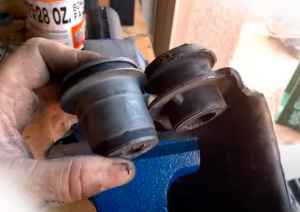 Some folks use hammers or even hydraulic presses to remove old bushings, but this is mostly done in server cases when “civilized” tools can make them come off. The new bushings shouldn’t be a problem to install. I would recommend marking the spot where the original bushings went before removing them completely, though.

This is important: when ordering a new set of bushings online or buying them at a local store, make sure the package includes all the necessary installation hardware. As I just mentioned, corrosion takes over pretty much everything over time, and rusty bolts/nuts might not fit the new bushings. Once the new gear is in place, start reconnecting the control arms.

At this point, what you should do is trace back – do everything in the opposite order. Put the wheel back in place, climb out from under the Chevrolet S10, remove the jack stands, and lower the vehicle.

Well, there you have it: my guide to replacing bushings for the upper control arms. Once you’re through with it, you’ll instantly feel big improvements in steering, ride quality and comfort. The whole procedure takes (relatively) little time and won’t cost you much. So, make a habit of checking both on the bushings and the arms. And one more thing: I recommend replacing all bushings on the control arms simultaneously.

Yes, I know that some of them may look brand-new while others are worn out, but, again, try replacing them all at once. That will guarantee a smooth ride quality. Besides, new bushings are available for as cheap as 30-40 dollars and last for at least a couple of years. Alright, that’s it for today – enjoy your new bushings!