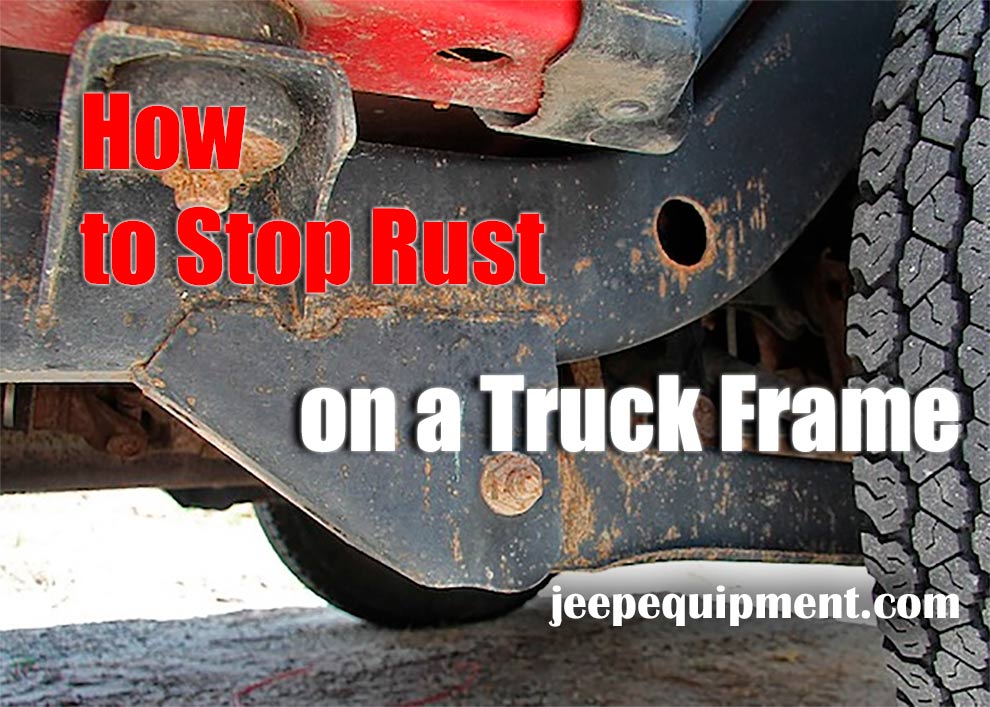 Rust is no fun: it doesn’t really matter how big, strong, or good-looking your vehicle is. Unless taken care of properly, it will be overwhelmed by rust sooner or later. Even if the frame is crafted from rust-proof aluminum or stainless steel, that still doesn’t make it 100% immune to corrosion. Now, one of the biggest “targets” for rust is the frame, especially on a truck. Most drivers don’t know about the consequences of driving through mud, snow, water, and sand.

But the truth is – without proper Rust Protection, your truck’s suspension, bed, exhaust system, fenders, control arms, and everything else in between will be ruined. So, join me, and let’s talk about the most effective ways to stop corrosion and keep our vehicles in great shape!

What you’ll need for the Job

Before we get to the meat and potatoes, take a quick look at the thing that you’ll need for today:

#1: Getting the Truck Ready 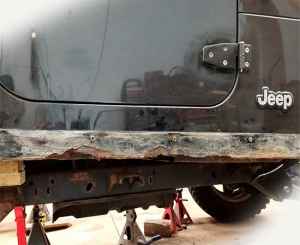 Starting up, park the vehicle on an even surface. The most obvious spot would be right in front of your garage if you’ve got enough space there. Or, you could do this inside the garage, but it will be much harder to clean. The truck needs to be steady – this is very important. Use tire blockers for this (they won’t cost you much). And make sure the engine is turned off. Next, let the vehicle rest for at least 30 minutes before you get to cleaning it.

Now, if you’ve got some new parts installed on the frame it would be best to remove them so that they don’t get in the way. I’m talking about a set of spacers, control arms, or something like that. Is there a jack lying around with a couple of jack stands? Use them to lift the truck. However, even if you don’t have any jacks, this can still be done.

#2: Dealing with the Scale 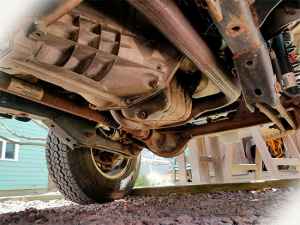 Rust scale is the first thing we’ll deal with. Some experts recommend using a hose against it, but in my experience, it isn’t very effective. Power tools are a lot more preferable for this, with a ball-peen hammer being the best choice. Be gentle with it: hit the surface hard enough to get rid of the scale, but be careful not to damage the surface. And don’t rush yourself, because if you leave some scale on the frame and paint over it, the result won’t be that great.

The hammer can also reveal any soft/bent/rusted parts that need to be replaced. Without removing the scale, that can be almost impossible to notice. Use it in combination with a scrapper: it’s another highly useful tool for dealing with rust scale on a vehicle. 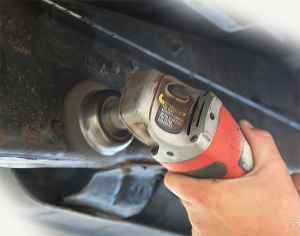 Next, grab the surface sander to grind off the rust further. Make sure it’s a heavy-duty, air-powered unit. Don’t forget to put your gloves and glasses on. The sander creates a lot of dust that can (potentially) harm you. With that out of the way, arm yourself with some sandpaper. Depending on your truck’s year, model, make, and how well you take care of it, you’ll need different sandpaper grit.

For starters, 220 should do. You can switch to 320 or higher once you’re satisfied with the results. If you want to be really thorough, a wax slash grease remover will help to polish the surface even further. 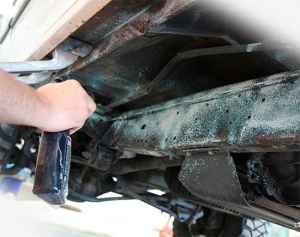 Alright, now it’s time to grab that Rust Converter and put it to good work. A quick note: it’s very common for regular drivers or even professional mechanics to apply the converter directly on top of a thick layer of rust. However, I highly recommend removing as much of it as you can, because that will ensure a longer life for your truck frame.

Some converters can be sprayed directly on top of the metallic surface; others need to be applied using a brush. Read the instructions to know exactly how many layers to apply for the best results. 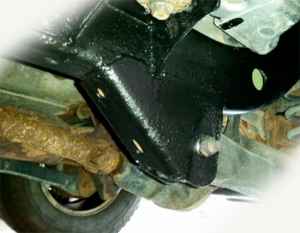 Ok, we’re almost there! The final step is adding the paint. After applying the rust converter, give it at least a couple of hours to rest. Do this when it’s relatively cold outside, as hot and humid weather will make it harder for the paint to “stick”. There are literally hundreds of different brands available. Farm implement paint is one of the most reliable and affordable options on the market.