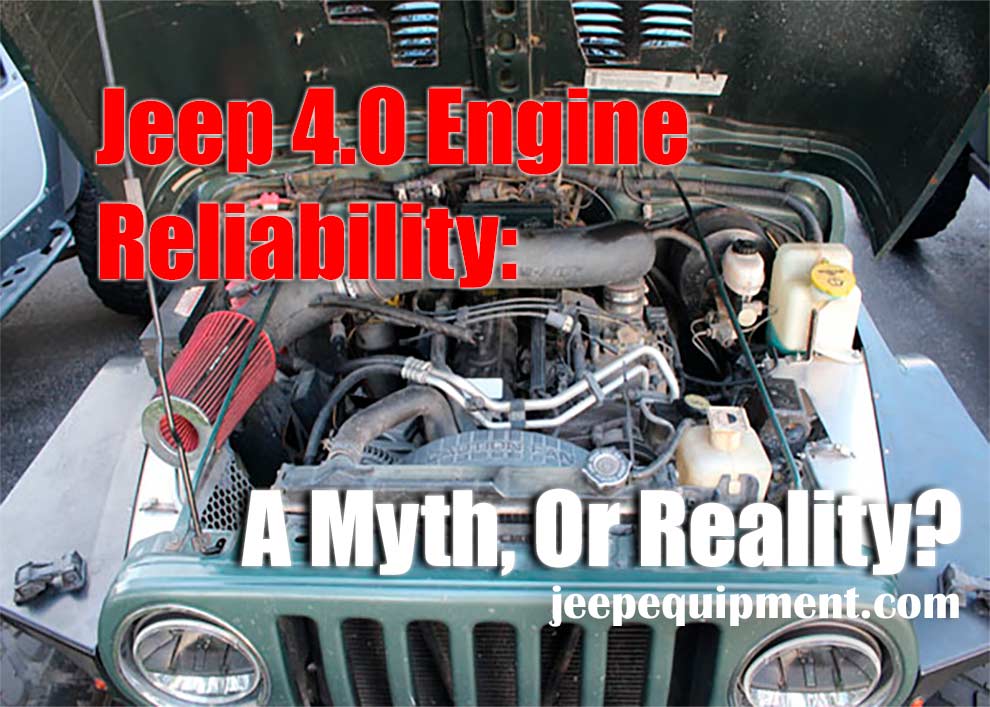 The AMC straight-six engine, commonly known as the Jeep 4.0 motor, was introduced in 1991. The engineers did an excellent job with it; plus, over the years, they perfected the original formula. Discontinued in 2006, it is still a fan-favored unit. Why is that, though? First of all, it’s quite powerful and handles off-road without breaking a sweat. Secondly, it’s fairly cheap and easy to fix.

And the biggest selling point is, of course, the Jeep 4.0 engine reliability. It can go on for hundreds of miles and requires little effort in maintenance. However, some experts claim it’s not at all reliable. This engine does have its fair share of issues, that’s true. So, let’s dig a bit deeper, talk about that in more detail, and compare it to the 3.8-lit motor!

What’s the Average Lifespan of the Jeep 4.0-lit Engine?

It’s safe to say that most straight-six motors are built to last. They don’t vibrate nearly as much as the so-called V-style engines, and that’s partially why they have an extended lifespan. Eight-cylinder motors are pretty great as well. However, they’re a bit too expensive for most folks; and, they take a lot of room. That’s exactly why the Jeep 4.0-lit unit is so popular. So, how long can you expect it to run?

When properly taken care of, it will serve you for 150-300K miles. This depends on the actual vehicle, the area that you live in, your driving habits, the spark plugs, exhaust system, air intake, and more. But, in general, the engine should run smoothly before you hit that mark. Now, for the average driver that puts out +/- 15K miles a year, the 4.0-lit straight-six will go on for 10 to 20 years!

According to statistics, Jeep owners start to complain about overall performance once they reach the 220-250K miles limit. But, as you’ll soon learn, that doesn’t necessarily mean it’s the engine’s fault. So, the superb Jeep 4.0-lit reliability isn’t at all a myth. It is, indeed, incredibly long-lasting. 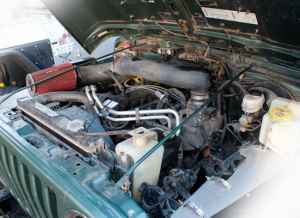 The 4.0-lit motor is quite alright – we just verified that. It’s not a perfect unit, though, and does have its fair share of problems. Let’s take a look at those. I’ll keep it short, but cover the most annoying issues:

Maintenance: How to Care for the Jeep straight-six Motor?

You won’t have to do anything unusual or specific. Just like any other motor, the 4.0-lit will serve you a lot longer if you follow the standard recommendations. I’m talking about frequent oil and coolant changes, regular checks, and auto shop trips (at least once a year). Also, keep your eyes on the dashboard. If you see the check engine light, low-oil warning, or any other signs pop up, do your best to fix those issues as soon as possible.

The short answer – no, it’s not, even though some folks swear by it. This engine is a bit cheaper, but it has a lower resale value and common Jeep 3.6 engine problems. Plus, the 4.0-lit motor has more low-end torque, which most drivers tend to like. As for reliability, these two units have been thoroughly tested for many years, and the 4.0-lit has proven to be a more durable engine. Not by a long shot, but the difference is still there.