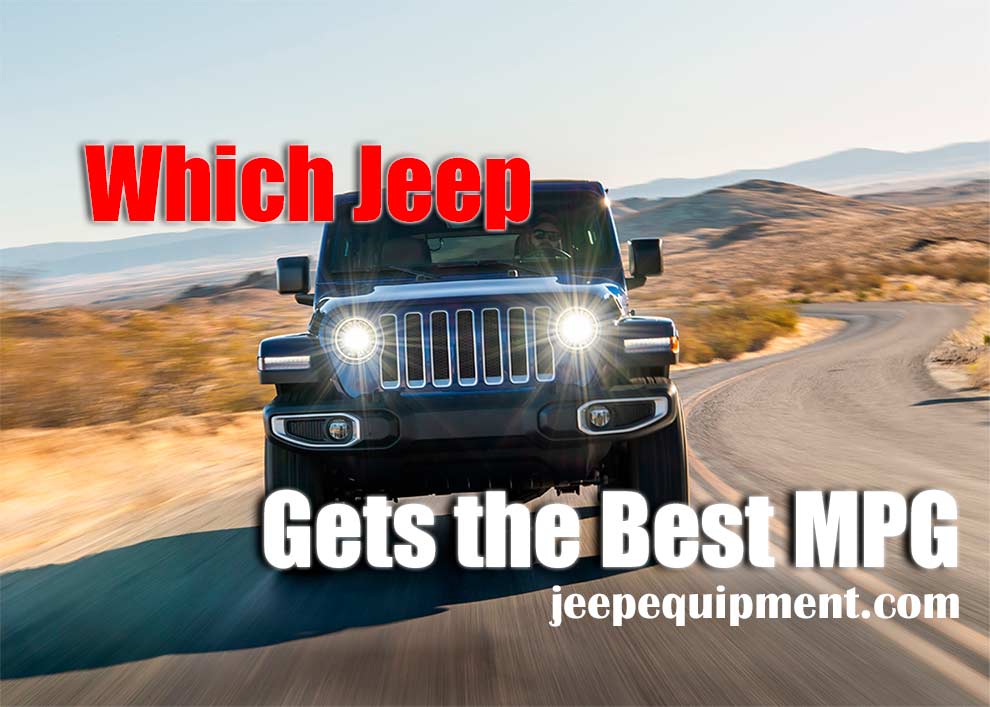 Efficiency might not be the first thing that we focus on when thinking about a brand-new Jeep. But it is, without a doubt, one of the most important factors. That’s because advanced fuel efficiency will save you a lot of money, both on highways and off the road. I’ve got a list of Jeep models with best MPG ratios right here – go ahead and check it out! It is dominated by SUVs, of course, but there’s also one truck (the Gladiator, of course).

We’ll start with the most efficient Jeep and then slowly move down the list. A quick note before we start: the mileage greatly depends on the engine and the transmission. Plus, make sure to always check the individual highway and city MPG ratios, not only the combined MPG. 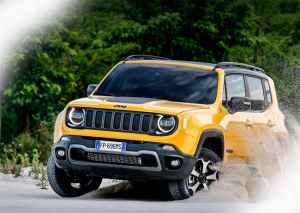 This is the smallest nameplate in Jeep’s lineup. The Renegade is a subcompact SUV, but in the higher trim configurations, it’s quite a strong and reliable beast. Now, if you want to save as much fuel as possible, go with the 1.3-lit engine (MultiAir2) paired with a 9-speed automatic transmission and FWD. That’ll give you 27MPG combined (32 highway/24 city). If you’re looking for the best MPG on Jeep, it doesn’t get any better than this.

In 4WD, the Renegade will be slightly less economical. This is true for the 2.4-lit engine as well (which is more powerful, however). The Trailhawk is one of the worst editions in terms of mileage, by the way (24MPG combined). 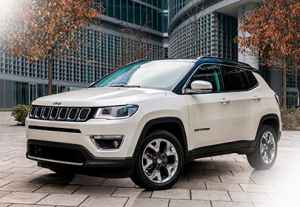 Next up, we’ve got Jeep’s compact crossover. It’s been around since 2006 and was initially positioned as a fuel-efficient vehicle. My favorite is the 4WD model with a 2.4-lit engine (yes, it’s the same one as in the Renegade) and a six-speed manual transmission. With a combined output of 26MPG (32 highway/23 city), it will be one of the most beneficial investments for the average American family.

Compared to the Renegade, it’s significantly bigger (more spacious, that is) and feels a lot less cramped up – that’s a big pro. It’s also available with a 9-speed and a six-speed automatic transmission. The MPG ratio is almost the same; so, choose whatever configuration you like best. 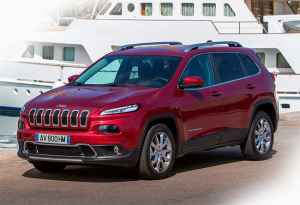 The latest Cherokee SUV offers three engines to choose from. We’re mostly interested in the state-of-the-art 2.0-lit 4-cylinder motor, though. It is quite powerful (270HP and 295 torque) and guarantees 31MPG highway/23 city (26 combined). It’s worth mentioning that the Cherokee is only available with a 9-speed automatic transmission.

Drivers in the market for the best Jeep MPG vehicle with a powerful powertrain, reliable performance, and a catchy design will find this SUV to be a worthy pick. 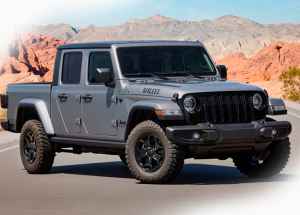 Last, but not least, we’ve got the Gladiator. As you might already know, it’s the first Jeep truck in decades, and the engineers did an excellent job with it. Trucks aren’t the most efficient vehicles out there, of course, but the Gladiator is fairly reasonable when it comes to fuel consumption. The 3.6-lit V6 is good for 19MPG combined, which puts it on par with most rivals.

The top-of-the-line 3.0-lit turbo diesel engine is even better. It promises up to 28MPG on highways and equally impressive performance on city streets – quite an impressive result. Overall, the Gladiator is an outstanding truck, and, as we just learned, it won’t cost you a pretty penny in the long run.