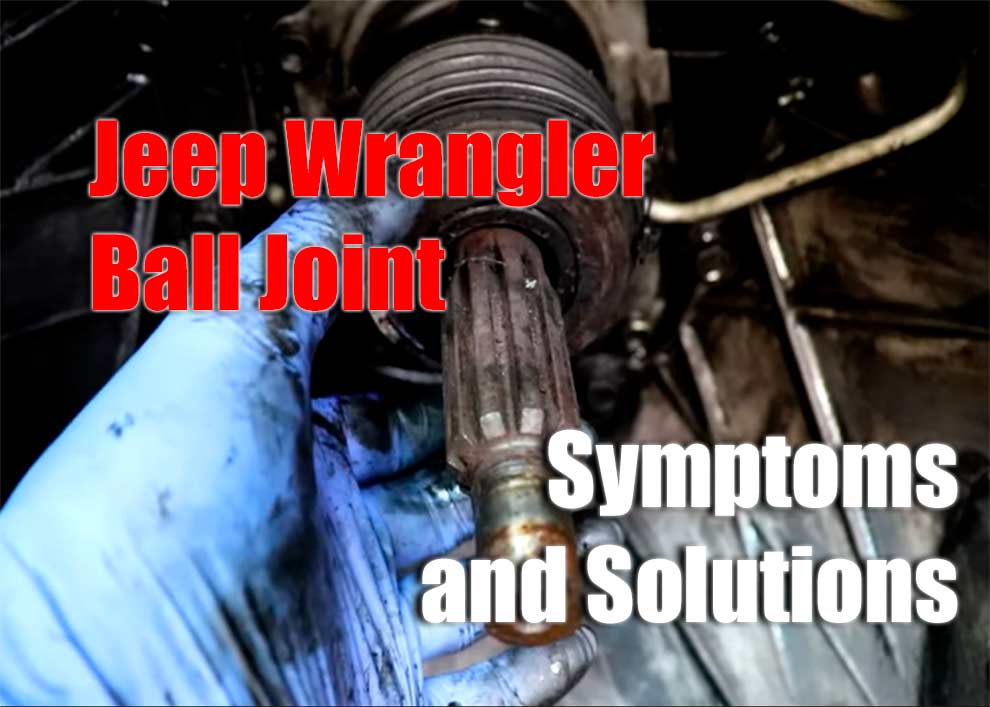 So, one second you’re enjoying an off-roading adventure, and the next you hear a clunking noise. Or, there are no weird sounds, but the Jeep starts to vibrate all of a sudden. What’s happening to the vehicle? Is your Wrangler’s engine acting up, or is it the transmission? No, it’s actually the ball joints to blame. True, they’re not as big or expensive as the axles or control arms. 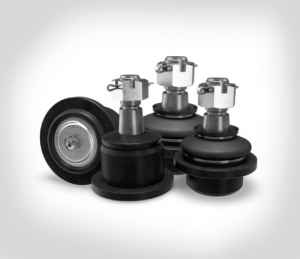 However, the joints still play a vital part in the suspension system. When the ball joints are failing, the side effects are quite severe. And the list of potential issues is much larger than just noises and a shaking cabin. Alright, join me, and let’s check out the most common Jeep Wrangler ball joint symptoms and see what we can do about that!

This is a rather annoying, but very easy-to-recognize sign. When you’re on the road, and the suspension (the front of it, to be exact) starts to make a clunking noise, I bet the joints are acting up. Why does this happen, though? Over time, the joints wear out and become a bit loose. Ball joints “sit” in sockets, and when they’re brand-new, nothing can move them.

But, if you’re been driving around with the same set of joints for +/- 5 years (that’s the average lifespan, by the way), they’ll loosen up a bit and start to make a rattling noise. This will be especially evident when overcoming challenging terrain with bumps and climbs. What can a Wrangler owner do, then? My advice to you: replace the joints as soon as possible. Otherwise, when they break down completely, that may cause a huge accident!

#2: Strong Vibrations in the Cabin

More precisely, the vibrations happen in the suspension; yet, for the driver/passengers, it feels like the seats are shaking. Again, this has to do with wear or tear. Sometimes, extreme “knocking” is caused by one single faulty ball joint. In that case, you won’t be fully in control over the Jeep, as it will start leaning left or right without a warning. The good news is – it won’t cost a fortune to buy a new ball joint.

These are available for $25-30 at local and online stores. Of course, you should diagnose the other joints as well. Besides, unless you’re on a tight 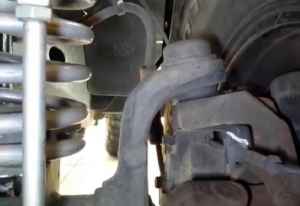 budget, it would be best to buy a whole set and replace every single ball joint. Chances are, that one joint isn’t the only faulty one, and the rest will give up pretty soon.

This one’s a bit tricky to figure out, though, especially for an amateur off-roader. So, go ahead and inspect the joints: do they look worn out? It might be wise to ask a mechanic to check them out. In some cases, it’s the steering wheel that’s causing all the problems, not the suspension or the ball joints. Oh, and keep in mind that if the joints look fine, but they’re still performing poorly, greasing them up a bit could fix everything.

You’ll be surprised by how big of a difference a lubricant can introduce. Grease products are pretty cheap: you can get a decent-quality formula for $5-10 and there will still be some left in the bottle after you’re done.

Here, we have another common symptom of malfunctioning ball joints. When the Wrangler is constantly “jumping” left and right, that creates unnecessary pressure in the tires, making them fail, or, rather, wear out. Tire wear is caused by a long list of reasons, including improver filtration, bad springs, shock absorbers, and more.

That’s why I want you to check the wheels not only for premature but also for uneven wear. Take a good look at both the interior and exterior edges of all four tires. When the inner and outer edges wear out much faster than the rest of the tires, that’s a clear sign that the ball joints need to be replaced. This refers to the front wheels, by the way.

Remember: much like with the ball joints, it’s highly recommended to change all four tires at the same time, even if some of them are in decent condition. That way, you’ll avoid issues with traction, control, and performance.

#5: Damage to the Suspension System

Ball joints absorb most of the shocks on a bumpy road. So, when they fail at doing their job, the suspension system takes all the “heat”, which causes it to break down. This won’t happen instantly, of course. However, if you fail to recognize the symptoms and drive around with bad joints, best believe the suspension will give up on you pretty soon.

Pay extra attention to the control arm bushings, as they are forced to deal with the shocks when the ball joints are worn out or broken. Do you see signs of damage? Then it’s time to replace the joints!